The Alb is one of the nearest local spots around Stuttgart and so it was a perfect area for our first team climbing trip with the Felskader BW. The weather was super sunny when we met at Saturday morning in Stuttgart and we were very motivated to climb the steep routes in the arena sector...

The Alb is one of the nearest local spots around Stuttgart and so it was a perfect area for our first team climbing trip with the Felskader BW. The weather was super sunny when we met at Saturday morning in Stuttgart and we were very motivated to climb the steep routes in the arena sector of the „Kesselwand“.

Indeed we were so motivated, that we did not think about that had rained nearly the whole week and it was one of the first good days. So we experienced an unpleasant surprise, when we saw the arena for the first time – the whole lower part was wet. To be honest – not only wet, it was more like a waterfall. So we warmed up, waited for warm sun and hoped the rock would get a little bit try. After a few hours it got drier, but still, a big part was super wet, so we climbed the hard and steep routes in the arena with a waterfall-like beginning. More than once, we slipped off in the wet parts or flew through the wall, because another hold broke off – but apart that we climbed some super cool routes there, like „Glücksbringer“ (8b), „Scherbengericht“ (7c+), „Lustmolch“ (7c) and a variation of it. These routes are good to climb, but the crimps and finger pockets are super sharp and in the afternoon we finished climbing because the skin was burning like hell (or we were just a little bit tearful).

For the next day, we searched for a dry rock without a waterfall inside. So we went to the „Linke Wittlinger Wand“ next to Bad Urach. There we met Mile and Matti, who could tell us nearly every route and every beta, which was very useful. After a not so nice warm up route, I tried „Crimpomanie“, which was only done by Matti so far. In the middle part it has some hard, but nice moves, but the higher you get it escalates more and more. You not only need skills to crimp super small and sharp crimps, but you have to hold three-finger pinches, monos and you have to stand on really bad footholds. I definitely have to work on these skills 🙂 .

Afterwards, I checked out „Mao Mak Maa“ (~8a). I struggled with the uncomfortable under cling crux with super bad footholds. I think nearly three months in the gym were not very useful to improve my foot skills. Anyway, Ole send it easily in two goes. I the end, David was fighting up the „Uracher Pfeiler“ (it was really entertaining and fighting is definitely the right word), but then slipped off in the last tricky moves with a big fall. All in all a nice weekend with our team of the Felskader BW. The Alb has not the most compact rock for sure, but nevertheless, it has some nice routes.

If you want to get some impressions about the Alb, you can watch this amazing „Alb Traum“ video of Jörg Zeidelhack. Afterwards, you will love the Alb 🙂 . 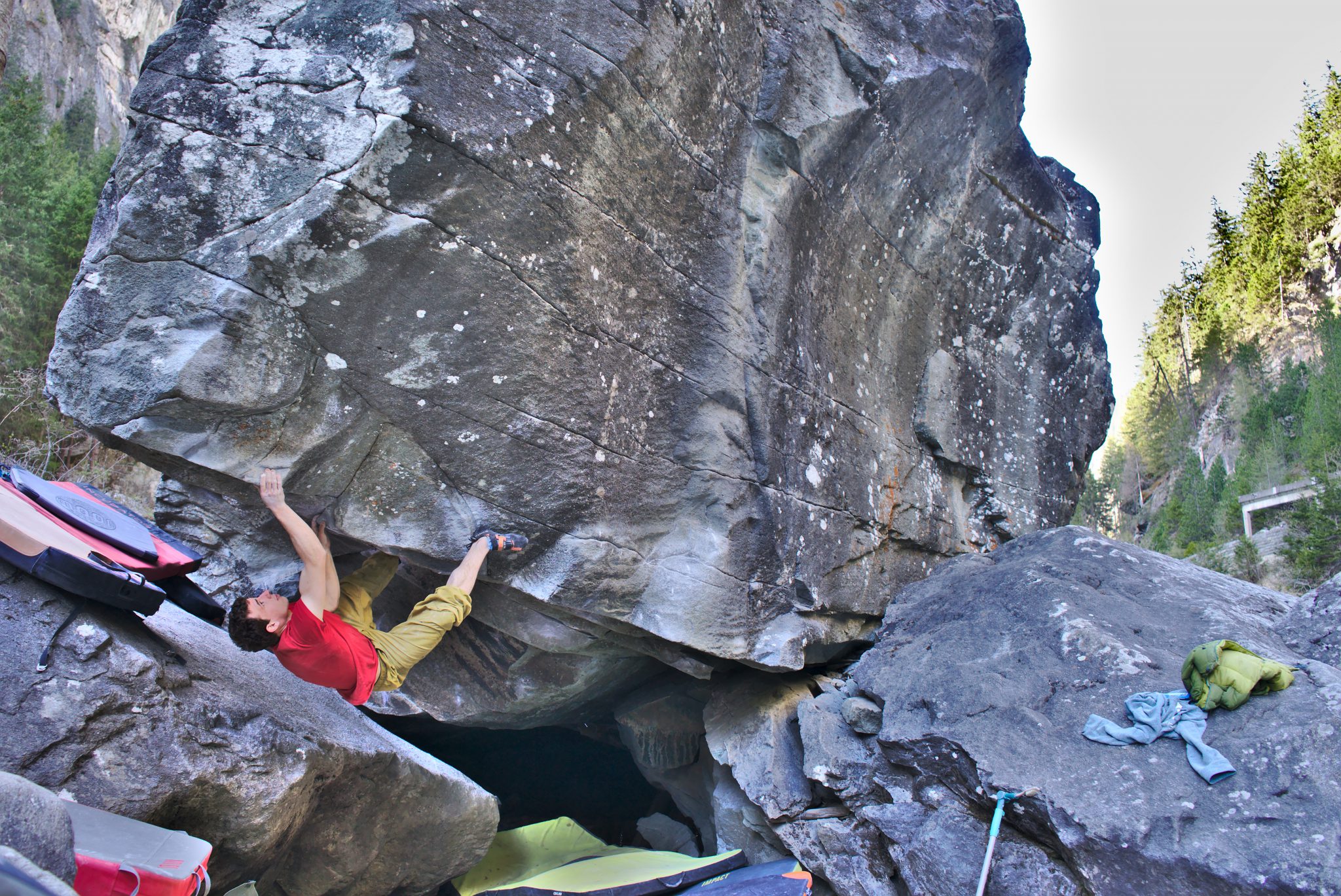 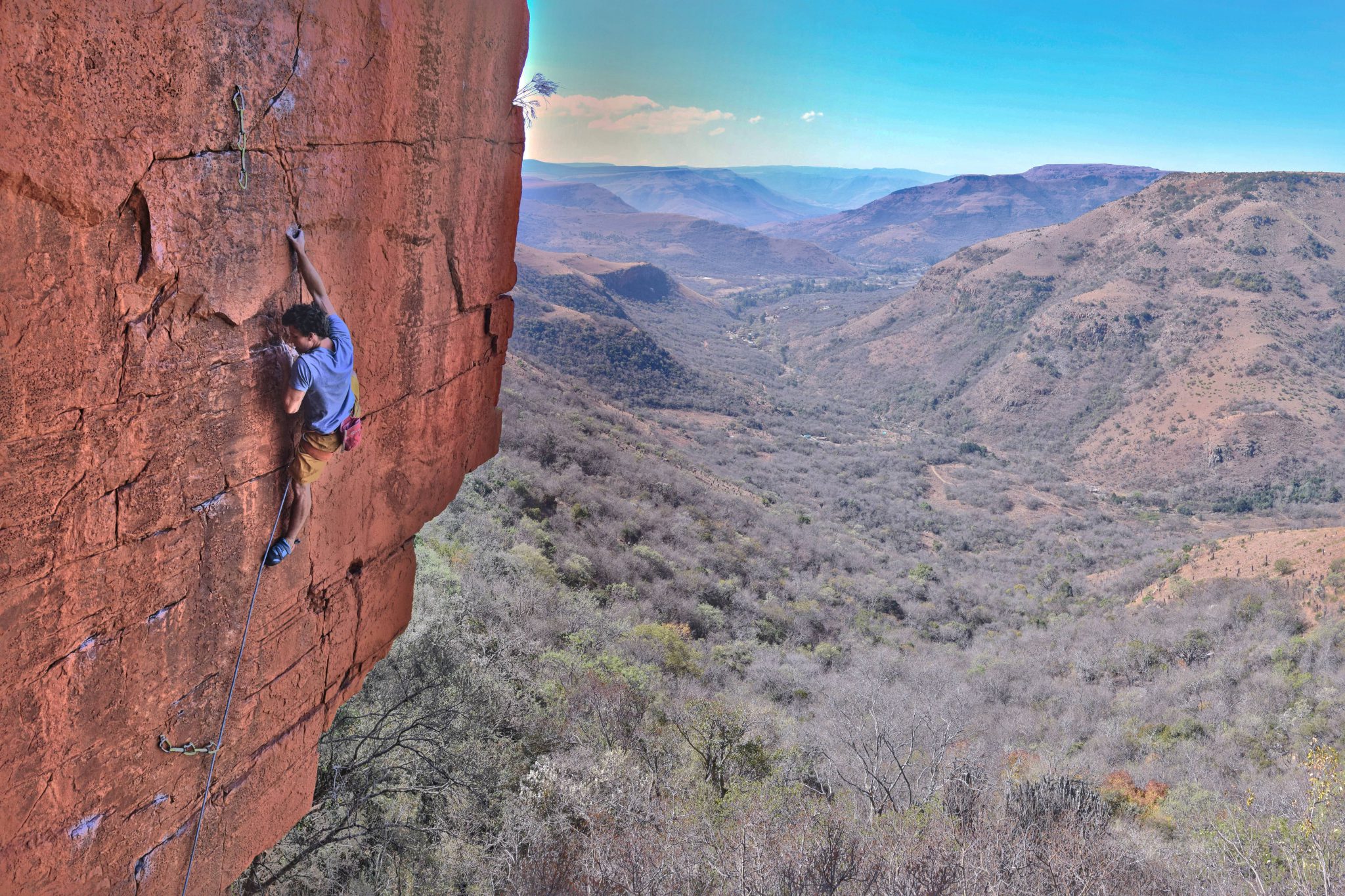