This is the story about a very special line I wanted to climb like no other this year. It was in June when I tried „La panade du lapidaire“ (8b+, but it felt more than 8c) for the very first time. A route 30 degrees overhanging, a hard sequence with 40 moves without a rest...

This is the story about a very special line I wanted to climb like no other this year. It was in June when I tried „La panade du lapidaire“ (8b+, but it felt more than 8c) for the very first time. A route 30 degrees overhanging, a hard sequence with 40 moves without a rest position and every move so hard that it was very likely that I would fall in it. I couldn’t even do a single move on the lower half part. Looking down the steep, overhanging wall, this line looked amazing, but it seemed completely impossible for me to climb it at this point of time.

Even if I could imagine climbing the single moves with some training, it seemed very unlikely, that I would be able to do 40 of these moves in a row without getting pumped and without doing a mistake. Also, Lutzelbourg is pretty far away in the Vosges and I could rarely try it. I refused to try this route because I saw no chance that I would be able to climb it one day. But on the other hand side, a good project can never be hard enough and this was a very good challenge for sure. Even if I would fail, I would learn a lot and get stronger.

So I tried it. And I tried it very often. I worked on the single movements and tried to add them to small sequences. The progress was very low. We kept returning to Lutzelbourg a lot of times. And the weeks were passing. Everbody did his projects (Jan-Erik climbed his 8a and his 7c+ projects, Paul nearly every 8a and 8a+, Jan his 7b+ project and I did nearly every hard route in Lutzelbourg. But I still was not able to do a single Go in the „La panade du lapidaire“ project.

Things got better when I came back from Ceüse – I could do nearly every move, except the crux move. And last weekend I was even able to do the missing moves. For the first time, I could do a Go from the beginning and pass the crux. I even stuck the following two sequences with two hit-or-miss moves. I was in the last part, already climbed 37 moves – just to miss one of the last holds because I was so shaky from being pumped and scared because I skipped some quickdraws. And then I fell ….

The bad thing about this project was that I was able to do one single good Go in a day, then I had not enough finger power to do the moves again. This was super frustrating and it was hard to deal with it. Normally I am fit enough to do a lot of tries, even in the hardest routes – and my power never was so limited. On the next day, I did another good Go, but fell one hold earlier, because I clipped the missing quickdraw. Another day was wasted… This was the reason I first refused to try such a challenging route. It was super unlikely that all the things would work together: get the one single day with one single Go climbing all the 40 moves in perfect order without getting pumped or losing focus.

But I felt ready and I wanted to climb these line so badly because I was really amazed of this line. And I was interested whether I would be able to push my limits further and be able to climb this route that felt so much harder than everything else I climbed in this grades. So I came back with Paul at Wednesday and tried it again and I knew, if I would fail again, I would have to wait for weeks to try it again and I probably would lose my shape. So this was the day to do it. I failed again in the first Go but luckily had the power for another one: then I climbed the whole 40 moves sequence without a mistake, without getting too pumped, without losing focus or getting too scared. I was so relieved when I clipped the anchor after the easier top out part of „La panade du lapidaire“. Afterwards, I highlighted my day with a quick ascent of the 8b combination „Anaphore“, which adds a traverse into the „Métalepse“ route. What a great day …

Some people may ask whether it is worth to spend months trying some projects? I would say, yes it is. I climbed not only this project in this four months, but travelled a lot and climbed a lot of other routes. But it is nice to see the progress on such a challenging route and to push my personal limits on and on.  I think I learned a lot to improve my climbing style. Also every day I spent outside climbing with some friends, is a good day for me regardless of failure or success in my projects. It was nice to meet friends from France and the Saarland again on the weekends – especially the local climbers who are much older than we but keep on climbing some hard stuff. It was nice to feel the support and respect for each other. Even if we could not even talk with each other, because they spoke no English and our French was too bad, it was amazing that we all share the same enthusiasm for climbing. I am really thankful that I can my spent my time doing what I love – and I am psyched for more …

Special thanks to Jan, Paul and Jan-Erik for your support – without you, this wouldn’t have been possible for me. 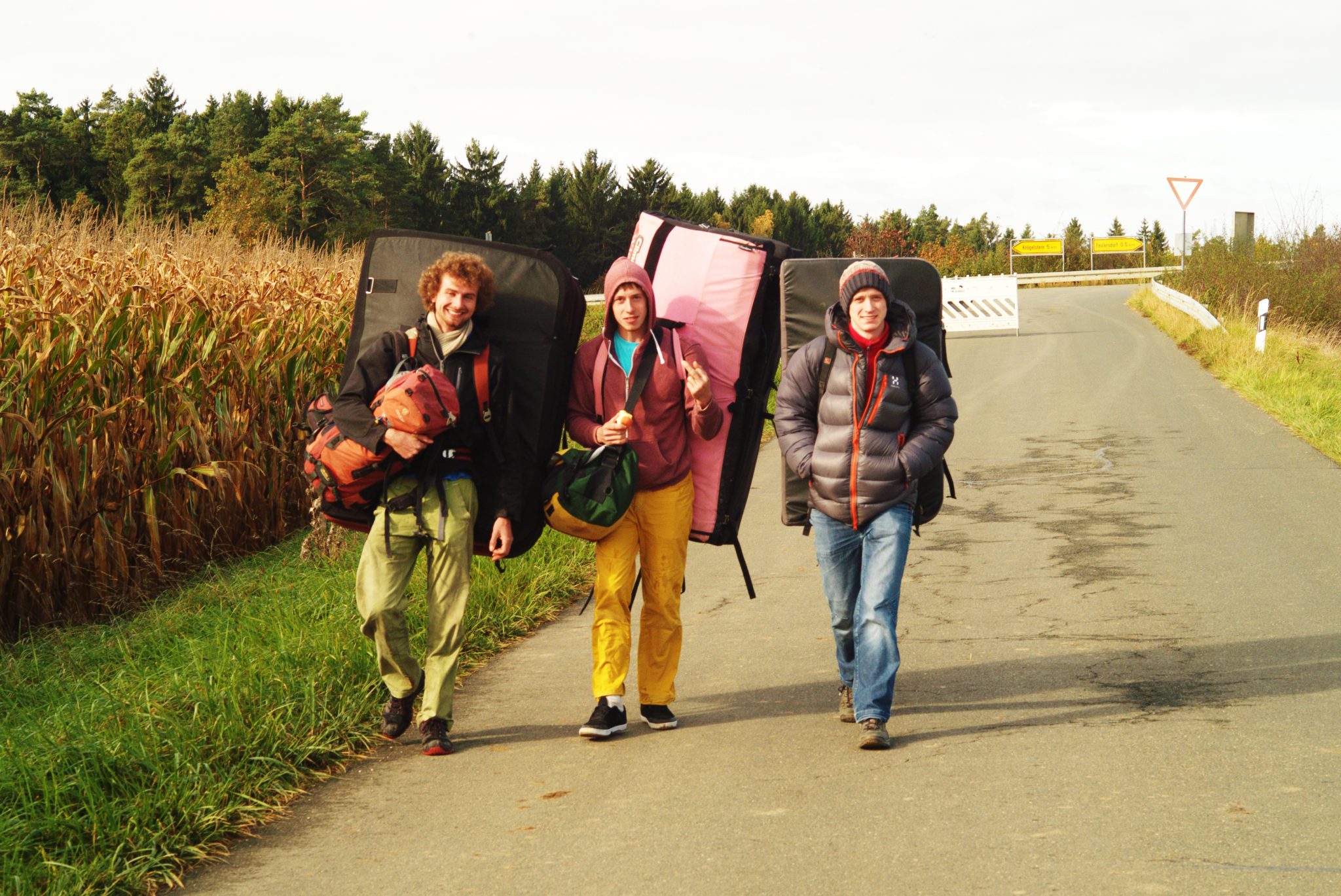 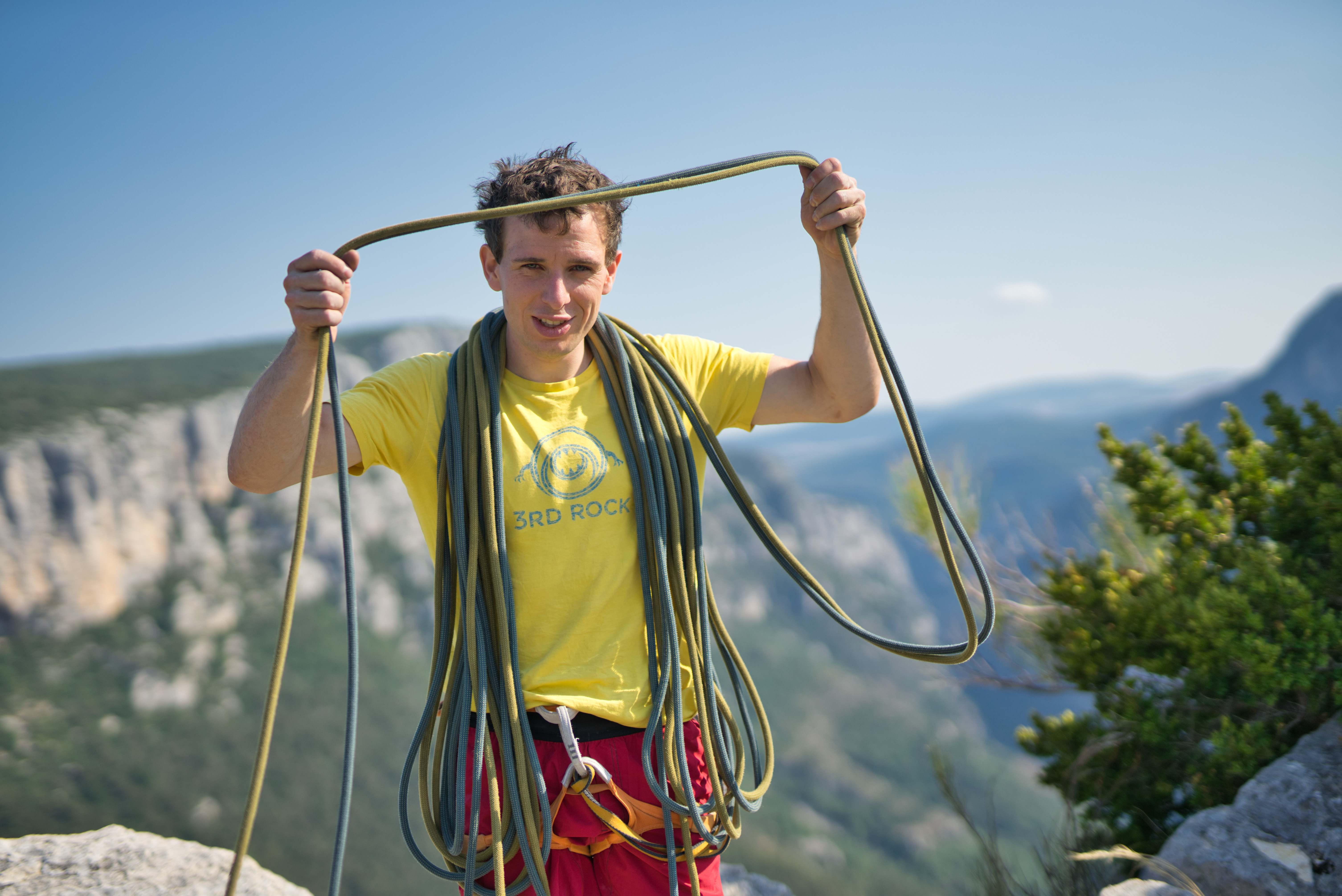