Part I of III When we left Germany at the beginning of August 2018, it was the beginning of an adventurous journey through South Africa, across Zimbabwe from West to East, to Mozambique and four weeks later back again to South Africa. Every two years, we do an expedition-like trip with the DAV rock climbing...

Part I of III

Every two years, we do an expedition-like trip with the DAV rock climbing team ‚Felskader BW‘ to establish new climbing spots all over the world. Flashed by the images of promising climbing spots and the beauty of the country, we picked Zimbabwe as expedition destination. No one of us knew what to expect and the unstable political situation, criminality, risk of disease and financial risks made us worry during the planning. Zimbabwe was a jump into the deep end and big adventure for every one of us.

A direct flight to Zimbabwe and rental cars for one month would have been very expensive. We figured out that flying to South Africa and driving to Zimbabwe with imported rental cars was way cheaper. We took 19h  to fly from Frankfurt to Johannesburg with a short stop in Dubai. After the arrival in Johannesburg, we went straight to the rental car office of Sixt to get our reserved mini bus excited of the coming journey.

Then the shock: somehow they lost our reservation. No bus or another car of that size available for one month. Without a car, it was impossible for us to get to Zimbabwe with all our equipment: no car – no Zimbabwe trip.

So we stood around the counter with eight persons, insisted on the reservation confirmation and discussed persistently. After 2h the employee and her boss gave up: they gave us two smaller cars for the price of one and just wanted us to go. Now we had one free car, which was a deal for us not for Sixt I guess).

The plan was to buy as much food as possible before the border crossing because Zimbabwe is expensive. So we needed the space in the cars to transport our equipment and the supplies and four of us had the bad luck to travel in an African overland bus the nearly 1000km from Johannesburg to Bulawayo in Zimbabwe. I was one.

Johannesburg is the city with the second highest crime rate in South Africa and there are three city districts you should not enter as a foreigner – and the bus terminal was inside one of this areas. We took a taxi to the terminal and seeing the quarter I am glad we did so.  The terminal itself  with hundreds of African people with all their belongings. At 6.00pm, we started our 1000km journey to Zimbabwe in a cluttered up African overland bus.

I slept nearly the whole bus ride. (If I have one special skill, then I can sleep every time and everywhere. A practical skill, especially on a 17h bus ride). At 2.00am in the middle of the night, they woke me up roughly: we had arrived at the South African border.

Everyone had to leave the bus and standing in a queue in front of an old wrecked-up warehouse with hundreds of other people.  an hour until we entered the warehouse. It was nearly empty except a small desk with three officers who stamped our passport to leave South Africa. We were the only Europeans and noticeable. With no plan what we had to do on the border, we were the last ones and the whole bus had waited for us. But and still missing. After a short discussion, they left them behind and continued to the Zimbabwean border. I am glad they waited at least for us.

The Zimbabwean side was like a scene an apocalypse movie. It was around 3.00am and still in the middle of the night. The buildings wrecked up, power lines fell over, fires burning on the hills and armed soldiers patrolling around. Chaos and a crowd of stressed people were dominating the scene. Again we had no plan what to do and no one to ask. Someone gave us a blank visa form. We took a long time to get the visa and the stamps in our passport and were always afraid of missing the bus. At 6.00am and after four hours at the border we finally could pass. After 17h we arrived finally in Bulawayo.

The others had to pass the border with two cars and needed more forms. Their border crossing was even more horrifying because no one can tell what to do, be always careful not being robbed and they spend significantly more time at the border. Just with the help of a white South African they could get the right forms and to pass.

We had contacts in Zimbabwe which was helpful. We stayed the first week in Bulawayo in the house of Derrick Starling. It was valuable to have a secure place and someone who can tell you  you can do and what not in Zimbabwe.

The house itself was a huge villa and the first days we stayed there alone. We had just the telephone number and never met Derrick. It was strange to stay there without knowing the host. After four days we met Derrick and his brother Neville for the first time.

With them, we met Dan who had traveled through Africa for seven years and joined us for the rest of the trip. He is American and had worked for five years in an ice cream factory, spend all his money on the stock market and went to Europe and then to Africa for traveling. It was super cool to travel with a guy like Dan.

We spend the first day of Bouldering in Bulawayo at hillside dam, a national park within the city. The park was -made and looked unnatural.  It was a day, but the bouldering was disappointing.

But we spend the following days in the Matobo national park and the climbing there was way better. The Matobo hills provide an amazing landscape far away from the next town. The people live there in small round huts with thatched roofs.

Some of us went for trad climbing and the others searched for exciting boulders. Even though the number of rocks in the Matobo hills seems to be endless, it was hard to find some good boulders. But after some time, we found super cool lines and impressive highballs.

One special one, was ‚Life is a peach‘ (7a) which Dan established during his first time in  Zimbabwe s years ago and never repeated. It is a 7m highball exposed on top of a hill. It’s an amazing line, but super high and scary. But six of us were brave enough to climb it.

Most people we met where super nice (except the single one who robbed some of our money). Especially in the countryside of the Matobo national park, the people were friendly, interested and waved to us all the time. I can say the people were quite interested in . Whether the white landowner at the Big Cave Camp of the black workers at the Matobo hills – all found it unbelievable to see us climbing super huge highballs. Soon we  in the Matobo 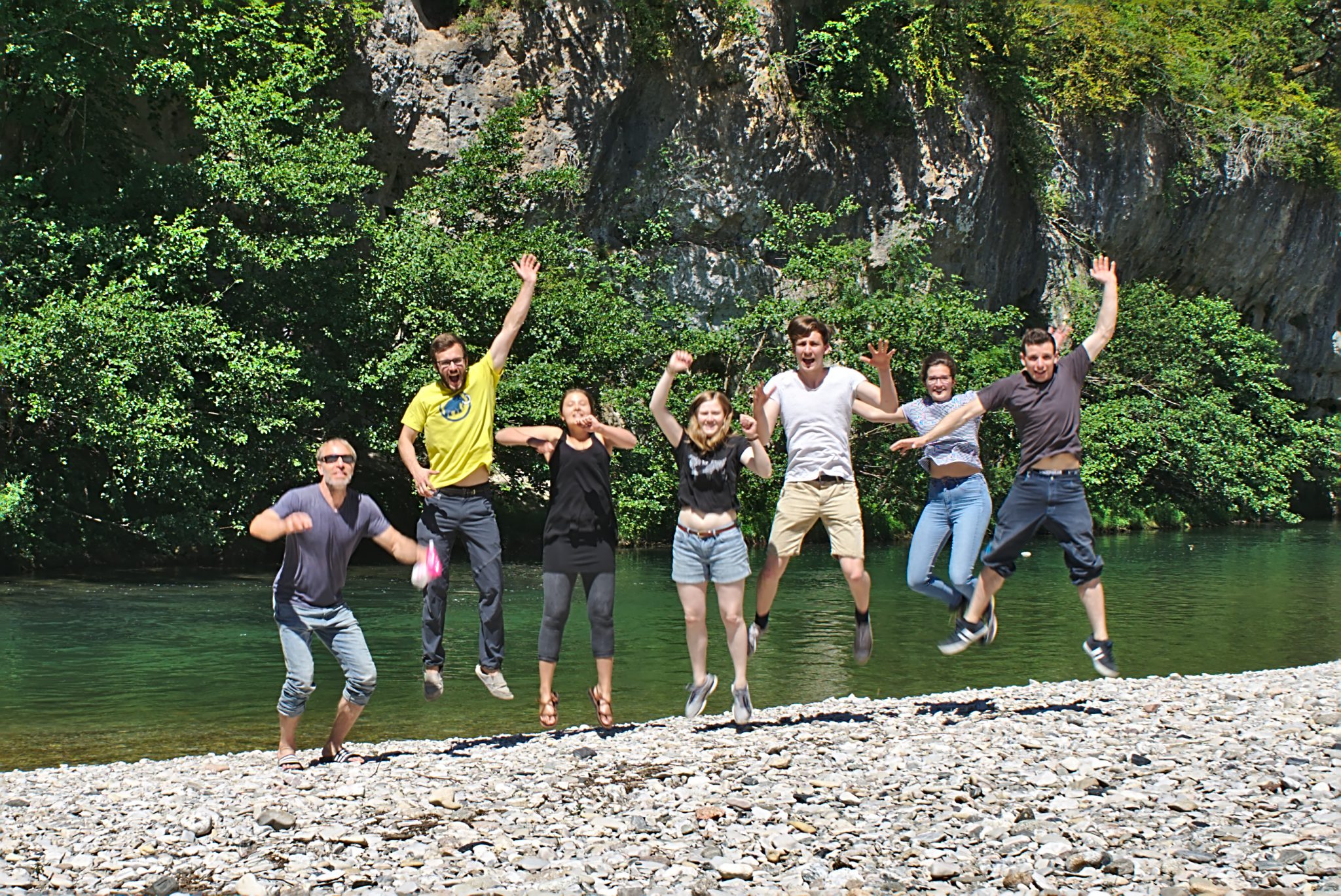 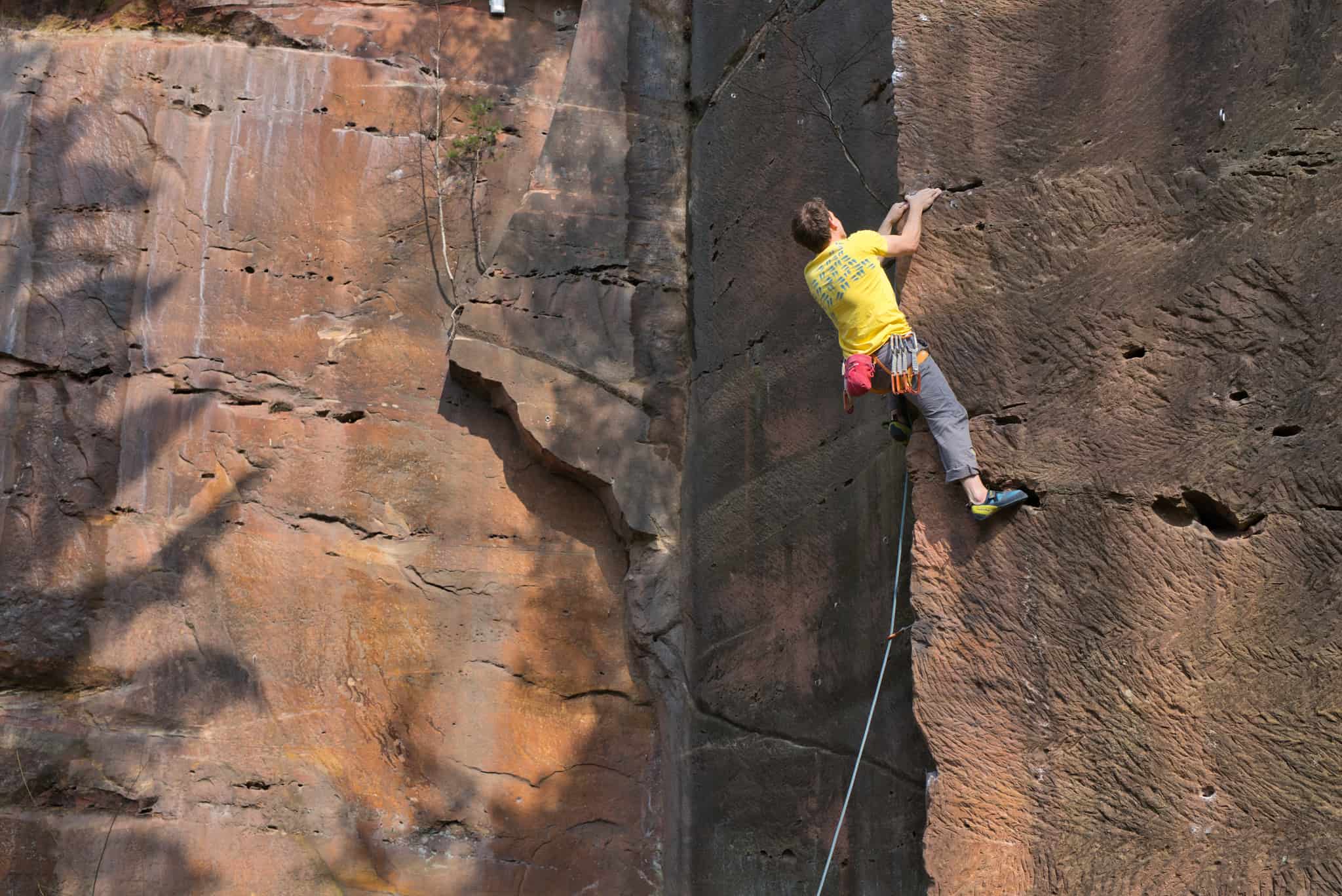