The Rätikon in the east of Switzerland has some of the hardest and well known alpine routes in the Alpes. The most famous are „Silbergeier“ (8b+) and „Wogü“ (8c). I was excited to see this place when we went to Switzerland with our climbing team Felskader BW last week. We arrived at Wednesday night after...

The Rätikon in the east of Switzerland has some of the hardest and well known alpine routes in the Alpes. The most famous are „Silbergeier“ (8b+) and „Wogü“ (8c). I was excited to see this place when we went to Switzerland with our climbing team Felskader BW last week.

We arrived at Wednesday night after a long drive from Germany. The way up to the „Kirchlispitzen“ is adventurous. First a small and curvy road for about 8km up to a little village, then another 8km on a tiny dirt road without barriers and in the end a terrible part of dirt road to the actual parking place. We got stuck one time with our van and had to push it to get up.

The „Kirchlispitzen“ provide a bunch of routes in all grades and are about 300m high. Most of the routes are slab climbing or vertical wall climbing. The routes are protected pretty well – except a few that are rarely or stupidly bolted. Together with Tom, Matti and David, I did „Kamala“ (7a), which is nice and has hard boulder problem in the second pitch, and „Désu“ (6c), which has a tricky slab in the second pitch and great limestone runlets in the upper part. Some other good routes that were climbed in these days were „Kasama“, „Galadriel“ and „Intifada“ (be careful with the first pitch) which are all around 6c+ to 7a+.

My highlight of theses days was to check out „New Age“ (8a+) (7b obl.) together with Marcel. The route has five pitches – 7a, 7c, 8a+, 7a and again 7a. We never tried something that hard in an alpine environment, but the idea fascinated both of us. At Friday it was raining half of the day, so we had about 6 hours and checked out the lower pitches including the 8a+ pitch. On Saturday tried to climb some of the pitches free. Especially the 7c pitch was demanding with a hard 6m boulder up to the second bolt, causing us several far falls. In the upper part 14m you have some bad placements and falling there would be a bad idea. It was an interesting experience for me to push my limits far above the bolts and 200m above the ground. The challenge was not the climbing difficulty itself, even if the boulder was not easy. To control your mind and to perform on a high climbing level even if your body tends to freeze because every wrong move and wrong decision probably causes a far (and maybe dangerous) fall.

Sadly we could not climb the 8a+ free, even if we made every single move. One problem was that this pitch was pretty ugly with a super sharp slab at the beginning and a slippery crux in the roof. So you don’t want to try it very often – and we would have needed a lot of tries. But in the end, I am pretty happy sending the 7c pitch, and I think I learned a lot from it.
Special thanks to Marcel who was a super belayer and hold several far falls of me. 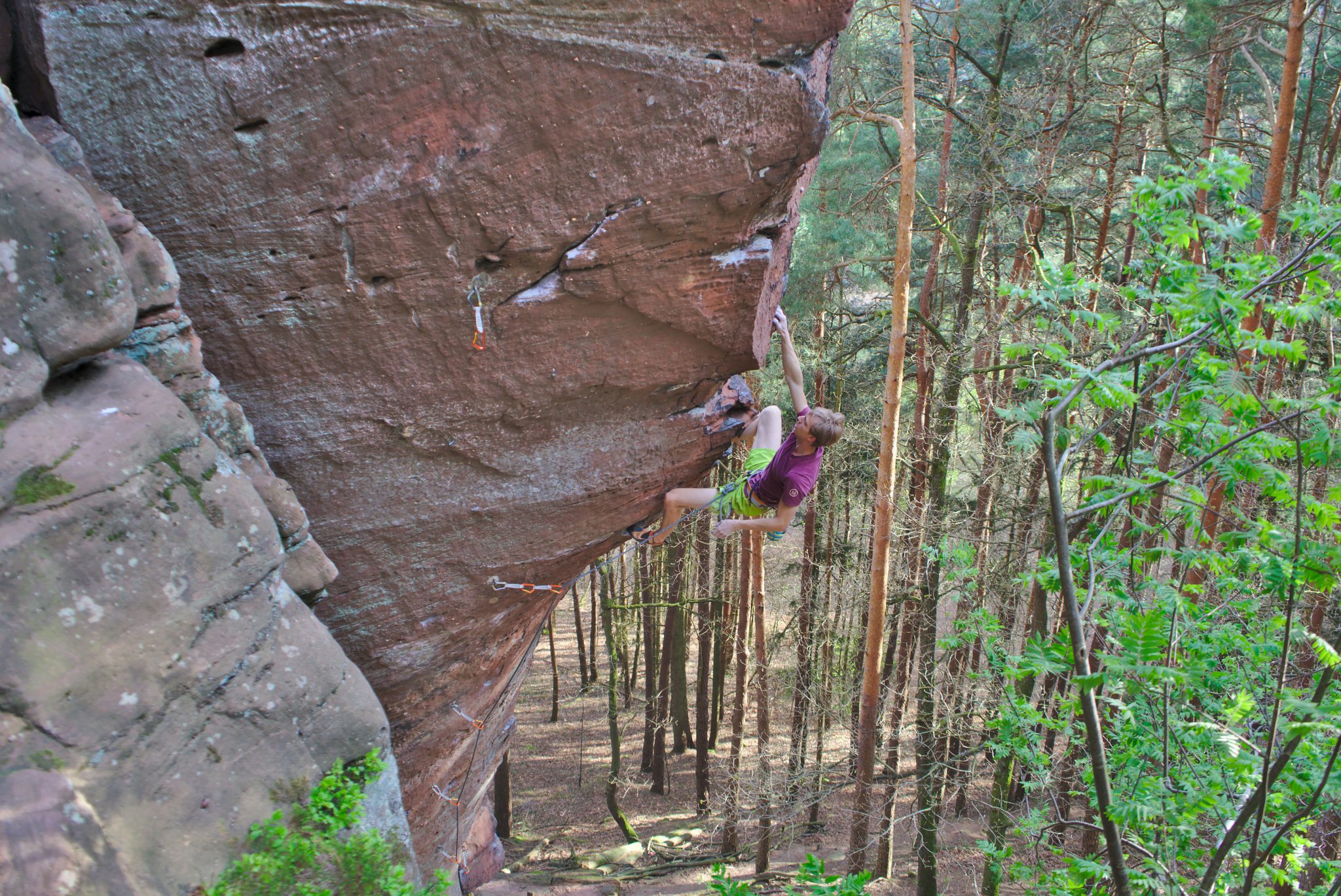 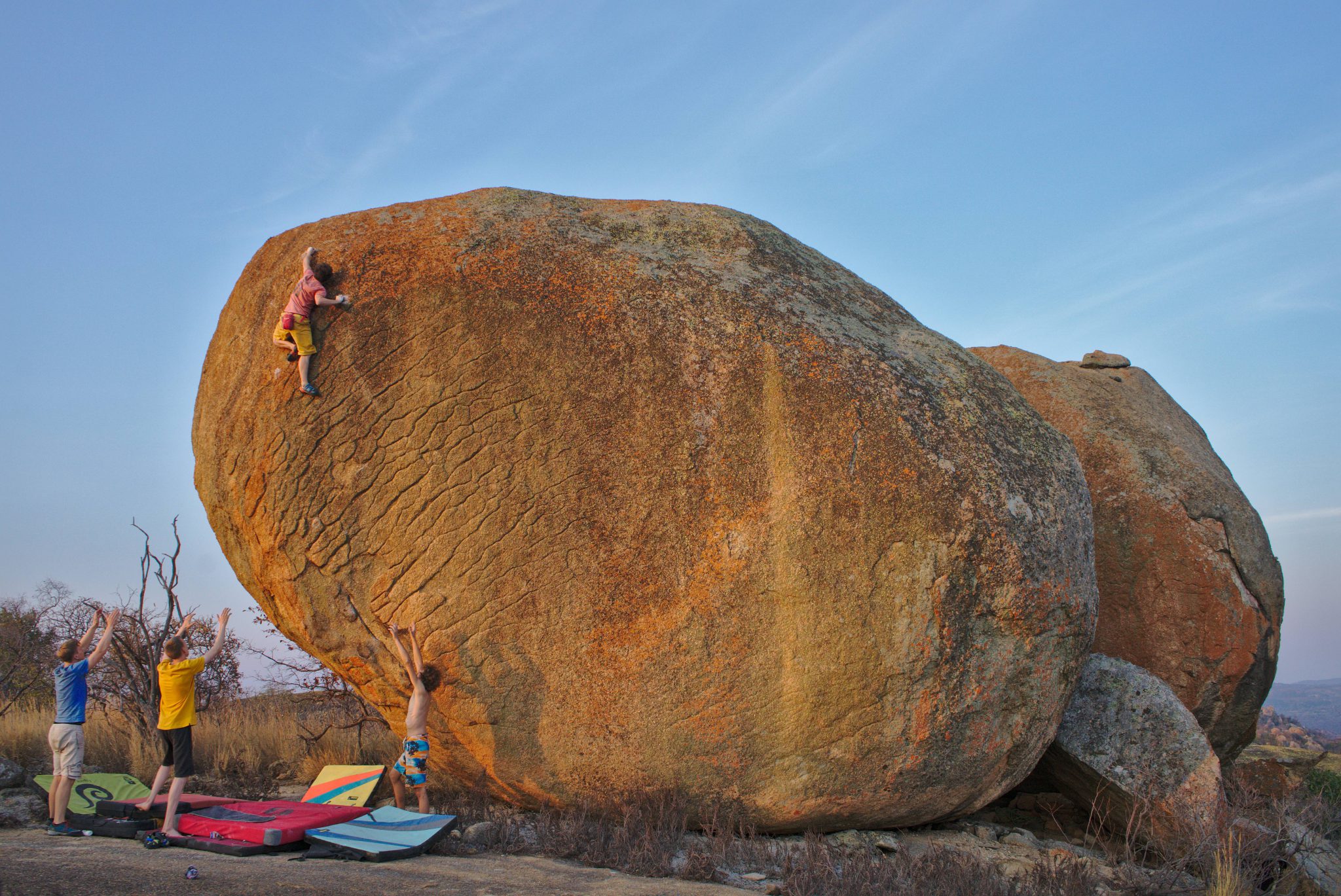